Should You Worry about the Demonetization? 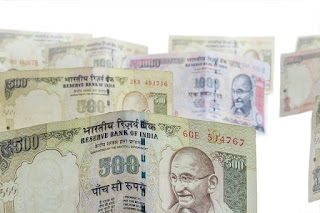 The recent demonetization of Rs 500 and Rs 1,000 notes has again unleashed intellectuals, who are debating the positives and negatives of it. The obvious positive is the economic clean-up; the negative is a loss of jobs and the fears of a recession. The market has reacted sharply to the demonetization.

The worst thing you can do in the current uncertainty is respond to it in any way. Many investors feel that it’s smart to sell out presently and buy again at lower levels. Don’t fall for this trap. That’s not smartness but outright fear. Volatility is a part and parcel of the stock market, and this is the time when you need to show some courage rather than run away. Those who run away now will soon find the market taking a U-turn and they will never be able to reenter it, for they will then fear about the market falling again.

The latest evidence of this lies in the way the market reacted on Trump’s victory. It did fall but the very same day, it recovered. What’s more, the US and European markets actually rose. It looked like the market was poking fun at those who had tried to outwit it.

Only time will tell whether the demonetization turns out to be good or not. For now, the financial community has found itself a new stressor to stay busy. If you must worry about something, worry about insulating yourself from the financial pundits.
Posted by Vibhu Vats at 01:08 No comments:

How to Protect Your Portfolio from the US Election Outcome 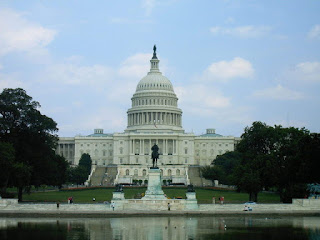 US election results will be announced soon. It’s going to be either Hillary Clinton or Donald Trump. Experts are worried that if Trump wins, that could seriously roil the markets worldwide, including the Indian one. Trump has become infamous for his anti-trade, anti-globalization rhetoric, and since the US is an important market for many countries, his getting elected is quite worrisome. On the other hand, Clinton has earned the reputation of being the “politician next door”; not many things are going to change if she gets elected. Since markets hate uncertainty, Clinton’s win is what it wants.


As I write this, the gap between Trump’s and Clinton’s electoral numbers is narrowing. Clinton was ahead of Trump by several percentage points, but thanks to her email controversy, that difference is fast disappearing. The market has also sniffed the trouble in making and has quickly fallen a couple of percentage points. What should you do now? Every market pundit has a strategy to offer, which can only serve to confuse you even more.


Here is the only thing you need to do: Do nothing. Carry on with your investments as usual. If you have money to buy stocks, don’t wait for a better time. Don’t wait for more clarity to emerge. Simply keep investing.


As you may have noticed, there is always something troublesome going on in the market; that’s the way it has been. The financial community will always find something to worry about. Previously, it was Brexit. Still before that, it was the Chinese slowdown. And so on. Once US elections get over, the financial community will quickly find another stressor for itself. Finding new stressors and then musing about them is what earns bread for it, and it’s only natural that it will remain entangled in some event.


Coming to the US elections, I feel that the fears regarding Trump getting elected are overblown. What both political and economic analysts are underestimating is the power of institutions. The US is a strong democracy. Democracies aren’t run by a single person; they are run by the constitution. To me, what seems most likely to happen if Trump gets elected is that he will also be working like any other president, without any boom and bang. Pre-election promises and claims quickly get tapered as a person gets into the governance business. Running a government is altogether a different affair and no matter how much radical a person looks, in a democracy, he has to soon come to terms with reality. Apart from that, given his business acumen, Trump can actually prove good for the world and the US.


So, just digest the temporary volatility in the market and let this phase pass.
Posted by Vibhu Vats at 23:32 No comments: