The Market Is Overvalued. What Should You Do? 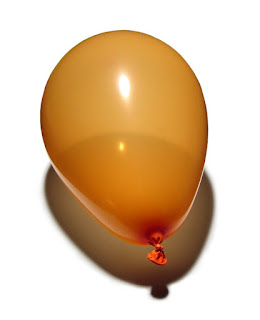 In February this year, I wrote the blog “The Bear Is on the Prowl. What Should You Do?” (See http://smi4e.blogspot.in/2016/02/the-bear-is-on-prowl-what-should-you-do.html) Interestingly, just a few months hence, market pundits are talking about an overvalued market. According to them, market indices are trading at all-time highs, and index P/Es have swelled. They feel this is the sign that the market could come down from here, perhaps sharply. The average investor is confused as ever.

One thing that becomes quite clear from the narrative above is that the market can quickly change its course even before you realize what's happening. In the blog post mentioned above, I advised that you should not worry about the market and wherever it's headed. The point still remains the same. Even if the market looks overvalued, that's not your problem. It's futile worrying about bad and good markets.

As a stock investor, you just need to worry about the company you are going to invest in, not the market. The company should be able to clear your criteria and that’s that. And no matter what kind of market it is, there are always good investments available. Just because the index is trading above some historical average doesn't mean that you give the deserving company a miss.

Market pundits may disagree. They say that if the market falls, your “good” investment may fall as well. And they are right. In bear markets, almost all stocks fall. But no one knows when the market is going to fall or how much your stock will fall vis-a-vis the market (it may even continue going up while the market is falling). It is often seen that all the while experts are worrying about market levels, the market just keeps going up.

The fear of a market fall is a big impediment to success in the stock market. Fearing a fall in market, many investors remain away from the market and miss the opportunity. Don’t let that happen. The best answer to an “overvalued” market is to do whatever you would have done if it weren't overvalued.
Posted by Vibhu Vats at 23:23 No comments: 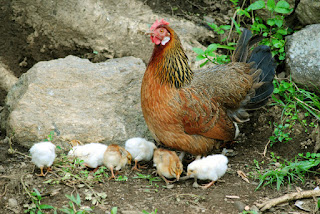 The other day I told a colleague about a little-known company that I hold in my portfolio. His reaction was: “It’s a dodgy company.” I enquired what he knew about the company. He knew nothing. But because he hadn’t heard of the company, that rang alarm bells for him.

On another occasion, somebody asked me what company he could invest in. I suggested a name that he was not familiar with. He gave me a confused look and asked for another suggestion. I suggested to him a well-known large-cap stock, and he was happy because he “knew” this company.

For both experienced investors and amateurs, the familiarity with a company’s “name” is an important investment criterion, though they won’t confess it. They would prefer a company whose name they have heard of to a company that they don’t know.

One can’t blame the investor community for this behavior. The reason for the inclination towards what’s familiar is psychological in nature. Familiarity breeds trust. And lack of it engenders caution. Naturally, investors turn cautious of what they haven’t heard of. But due to this psychological instinct, many great companies are skipped. These companies later turn out to be multi-baggers.

How do you overcome this problem? First, “curse” yourself. You don’t know enough, so you must not trust your own knowledge. Just because you haven’t heard of a company doesn’t make it a dodgy one. All it indicates is you have limited exposure and you don’t know. It’s plain ignorance—yours. Second, don’t stop at a company’s name. Study it and then make a judgment. While studying it, don’t begin with a negative impression of it. If you do, you will simply pick evidence that confirms your suspicion of it. That’s another psychological bias, called the confirmation bias.

In investing, psychology plays a more important than finance. Ignoring it and staying buried in finance books won’t get you anywhere. To spot multi-baggers, understand psychology more than IRR or CAGR or whatever. Is the analyst community listening?
Posted by Vibhu Vats at 22:32 No comments: